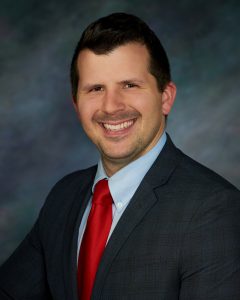 EctoHR is pleased to announce the addition of Randy Davison to its internal team in the position of HR Generalist.

Randy joins EctoHR from University Bank where he held progressive Human Resource positions over the past five years, including the most recent two years as an Employment Development Specialist. In this role, Randy was responsible for recruiting, retaining, developing and training personnel while also utilizing prior experiences to provide support in compensation, benefits and retirement plans.

Randy earned his bachelor’s degree in business administration from Eastern Michigan University and played on the EMU collegiate roller hockey team. Randy is originally from Redford, MI and moved to Howell, MI two years ago with his wife, Katie. In his free time, he enjoys spending time with his son Emmett (2), playing hockey and watching Michigan football.

Ready to focus on the
bigger picture?